Trending Now
#Real Estate Investment 101 #Music Freebies At Google Play #Know Everything About Writing A Good Music Album Reviews! #Mad’zelle ::: London #What Are The 5 Ways To Write A Music Album Reviews? # INTRODUCTION to the BADLANDS – HALSEY #One Direction: Up all night #The Factory CD Review #Why Are Music Events Considered As The Best Source Of Entertainment? #Last In Line – Original DIO musicians performing the music they made famous!

One Direction: Up all night 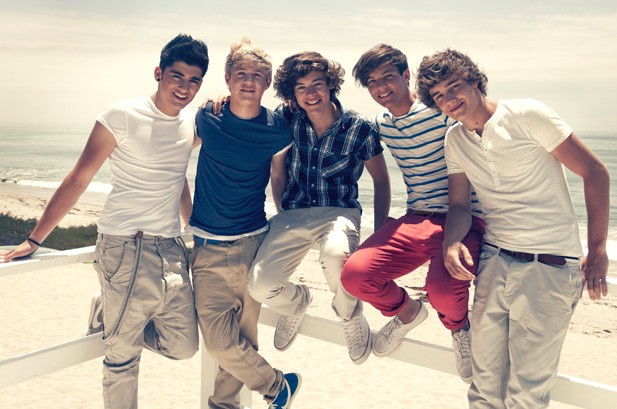 One Direction is a five-member English-Irish pop group that was formed in 2010. One Direction debuted with the album Up All Night in 2011, and 1D is one of the world’s most famous boy groups. One Direction consists of Harry styles, Zayn Malik, Louis Tomlinson, Niall Horan, and Liam Payne. Zayn Malik left the grip in 2015.

Up all night is a fantastic album with 15 songs. The songs are what makes you beautiful, gotta be you, one thing, more than this, up all night, I wish, tell me a lie, taken, I want, everything about you, same mistakes, save you tonight, stole my heart, stand up and moments. The album is a fantastic album and one of the best albums in one direction career. Up all night was a well-crafted pop album. The album won the hearts of many boys and girls. The group has gained a lot of success and popularity all over the world.

What makes you beautiful- The best song of the album?

What makes you beautiful is an outstanding song by one Direction. It earned a lot of global success and was the best or one of the album’s best songs. The song received a lot of love from the listeners. The song was written by Savan Kotecha and produced by rami Yacoub. The song reached on number one place in several countries and sold 4.8 million copies till June 2016. The song won several awards and is still fans favorite. The song has a catchy melody and, overall, is a lovely song.

Gotta be you- Everyone’s favorite song

Gotta Be you is another song from One Direction debut album up all night. It was written by August Rigo and produced by Steve Mac.the song was the album second single. The song reached number 3 in the United Kingdom and Ireland. It was a lovely song. The song was not as successful as what makes you beautiful, but still a fantastic song. The song was made to amend someone’s, broken heart. The song was one Direction second music video, filmed in New York and filmed near the lake.

More than this -5/5 reviews

More than this is another song from One Direction debut album up all night. It is the fourth and final single from the album. Brian Rawling and Paul Meehan produced the song. The song is written about unrequited love and is a pop ballad. It got many excellent reviews from listeners. The song also had a music video and charted in two countries. The song was also performed live by the group. Jamie Scott wrote it.

One thing song- One thing is another song from One Direction debut album up all night. It was written by Savan Kotecha and produced by carl Falk and Rami Yacoub. The song represents members’ love and obsession with each other. The song was praised for its catchiness and was ranked at the top 10 Australia, the United Kingdom, and Ireland. Yep song was also performed at few significant concerts. The song is also the third single from the album.